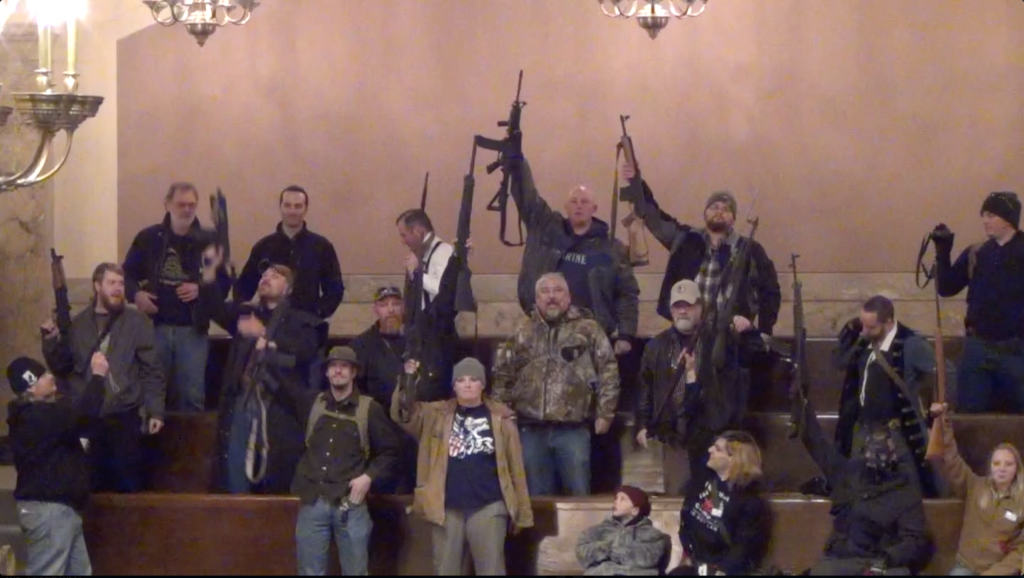 To be clear, if I were to walk onto the floor of Washington State’s house or senate chambers wearing a bulletproof vest atop my jacket and tie, I would be removed for violating the dress code. But asshole gun nuts like those pictured above are free to open-carry semi-automatic weapons into the galleries above the chambers. God bless America!

UPDATE: Lt. Governor Brad Owen has announced that openly carried firearms will no longer be allowed in the senate gallery: