I don’t know how much the tip jar and the value of health care offset the low wages at Starbucks. But surely they can do better.

The National Employment Law Project analyzed large companies whose employees are making minimum wage, or barely above. Overall, their 2012 report found minimum wage today is worth 30 percent less than it was in 1968.

Most of the 12 largest employers studied are national restaurant chains, such as McDonald’s, Burger King, and Starbucks. The others are national retailers, such as Wal-Mart, Target, and Sears.

– The next four years are going to be awesome.

– There is nothing I don’t love about Kenny G’s manager yelling at The Stranger.

– I don’t want to sit around with my beer and wings on Sunday and wonder whether my pastime contributed to the murder of a young mother and the orphaning of a little girl. I’m just not up for it.

Last week’s contest was solved by Ted. It was a building on MacDill Air Force Base in Tampa.

This week’s is random location somewhere on earth, good luck! 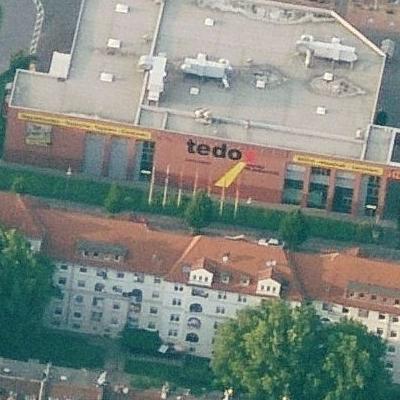 1 Timothy 5:23
Drink no longer water, but use a little wine for thy stomach’s sake and thine often infirmities.

In my last job, I was a software test manager for a company that did most of its work out of Omaha. As a result, I developed some good friendships with the engineers there, and even after that job came to an end, I’ve been able to keep in touch with them over Facebook. About a month before the election, I saw a photo of one of my ex-co-workers, with a bunch of his buddies, sitting around the couch getting ready to watch the Cornhuskers take on Ohio State. There’s nothing unusual about that for someone living in Omaha, but what struck me was that he was born and raised in India, and the nearly 10 people in his living room were Indian-Americans as well.

It’s not news to anyone that America’s demographics continue to change. But when we talk about it in terms of politics, this trend can be hidden. Asian-Americans are now a significant voting bloc in this country, and they’ve been voting more and more Democratic in the past two decades.

Goldy posted recently about the post-mortem on Rob McKenna’s failed campaign. Republicans blame a lack of support from the national GOP, but Goldy points out that McKenna still had more money to work with. Jay Inslee just put his money towards more effective GOTV efforts rather than the silly ads that polluted the airwaves in October.

A lot of variables go into an electoral outcome, and Goldy’s certainly right that the Democrats in this state have a strong edge in GOTV and ground game. But I’m growing more and more convinced that the most significant event in this campaign was the incident in July involving a staff member with an anti-Asian tweet in her Twitter feed.

For a Republican like Rob McKenna to win in this state, he has to be completely invulnerable to being seen as a typical GOP extremist. For the most part, McKenna has always been very good at this. But finding out that a staffer had sent an offensive tweet and then taking a few days before forcing her resignation was his biggest blunder on that front.

This incident tied McKenna to one of the ugliest traits of the GOP in recent years – xenophobia – and it certainly resonated with the large Asian-American population in this state. Looking at the polling for this year, you can see that the polls abruptly shifted in Inslee’s direction right at the time that this incident occurred (week of July 16-20) and never went back.

Recently, Josh Marshall at TPM has been discussing this topic and received this note from an Indian-American in Iowa:

And as time went on, it became clear in other polling that PPP early on was on to more than just snarky telephone survey replies, there really is a disturbingly large percentage of Republicans who are openly hostile to Obama specifically because of his race, his national origin, and his partial religious ancestry. That GOP electeds from Boehner to McConnell to all the GOP Presidential candidates were unwilling to call out any of it just reinforced the point, since it established they were afraid because these people were a very large part of the GOP base. You don’t worry about calling out your own party’s cranks in public if they’re marginal figures whose votes you don’t need and don’t think you’ll lose because they have no other options…Republican candidates and electeds know that they can lose primaries for openly challenging racial and other bigoted hostility toward Obama. And all this is very personal to me. When I was a small child in Ames, Iowa, in my immigrant family, neighborhood teenagers assaulted our home regularly, pelting fruit and whatever else at our house. Several times my dad had the police come and lecture this group of kids. It was all about race, and these kids’ parents did nothing. So when Mitt Romney in a Michigan stump speech snarks that no one asked him for his birth certificate, and his GOP allies defend the racism as “just a joke,” when so many GOP federal and state electeds endorse or tacitly condone questioning of Obama’s citizenry and engage in other dog whistle racism, these are always personal attacks equally on me…if Obama is not an American and does not legitimately belong, then they’re saying the same about me. I imagine I’m not alone, that people of color across the board see what I see, and the election results confirm this.

There’s nothing more damaging to the GOP right now that the (well-earned) reputation that they’re beholden to an intolerant base, one that still defines American-ness through skin color, religion and ethnicity, not by culture and upbringing. And I’m convinced that a single intolerant thought from a brainless staffer dragged Rob McKenna too far into that cesspool.