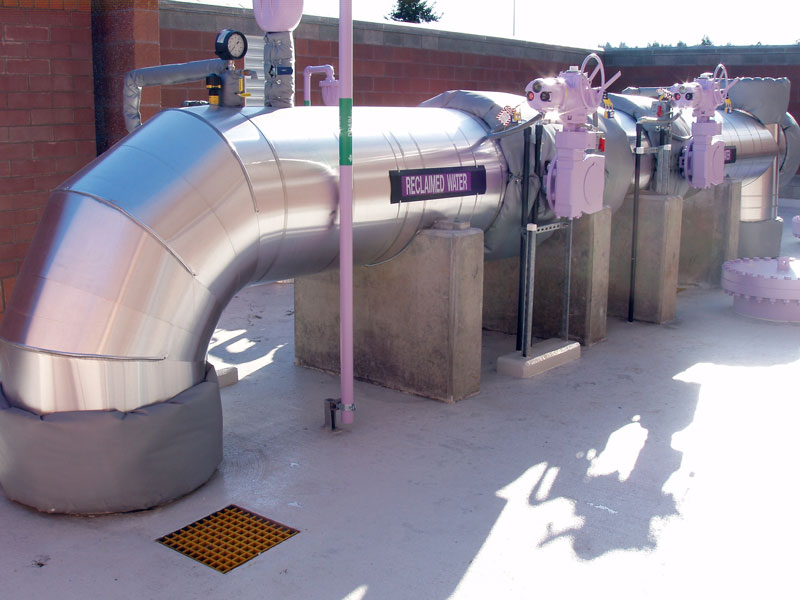 Much to William Shatner’s surprise, Washington State Governor Jay Inslee declared a statewide drought emergency last week, what with the state’s average snowpack only at 16 percent of normal and the national weather service predicting a hotter than usual summer.

Anticipating a decline in snowmelt, Seattle took advantage of winter rains to fill its reservoirs to above normal levels, so the city won’t likely face any water restrictions this summer, but our future water security is less certain. The mountain snowpack is by far our state’s largest reservoir, and as climate change shifts much of our winter precipitation from snow to rain, snowpack levels are expected to steadily decline over the coming the decades. But fortunately for the region, at least one of our leaders was thinking ahead.

At the time, former King County Executive Ron Sims was the target of a fair bit of criticism for the planning, execution, and cost of our state-of-the-art Brightwater sewage treatment facility, and one of the design decisions that added to the expense was its then-unneeded water reclamation capacity: up to 21 million gallons a day of Class A reclaimed water. Class A reclaimed water isn’t certified as potable, but it’s safe to drink, and it wouldn’t take much more processing to get it the rest of the way there. Diluted into the 140 million gallons a day Seattle Public Utilities currently delivers, we wouldn’t notice the difference at the tap, even as reclaimed water made up 15 percent of the supply.

With our population growing even as our source of fresh water shrinks, reclaimed water will become an ever more valuable resource.

Building that reclamation capacity into Brightwater wasn’t cheap, but it was a helluva lot cheaper than adding it on later. At least, that’s what Sims told me a decade ago when he explained that the county had to start preparing now (well, then) for the inevitable impacts of climate change. And a declining snowpack, Sims said, was inevitable.

To be clear, Sims was no latecomer to the issue. Way back in 1988, when he was just a county council member, the Seattle Times editorial board excoriated him for proposing that the county spend a mere $100,000 a year to study how to prepare for climate change:

… many reputable scientists dispute the reality of the greenhouse effect. Others seriously question its long-term impact …

It’s not so much the wrongness of the editors that stands out, but the utter eye-rolling contempt in which they attacked Sims’ foresight.

Fortunately, Sims wasn’t cowed by the editorial board, and continued to stick by his convictions (and the science) throughout his years in office. And so on that inevitable day some years hence when reclaimed wastewater starts flowing through our faucets, I hope the editors of the Seattle Times join in raising a glass of recycled pee to the vision and perseverance of Ron Sims.

It’s not easy for politicians, facing the present day demands of taxpayers, to keep the needs of future generations in sight. But on many issues—from transit, to education, to income inequality, to the environment—that is the only way to assure that our region continues to thrive well into the future.