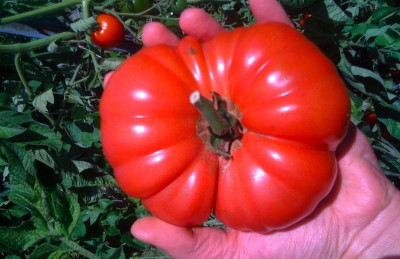 A beefsteak tomato in Seattle? This summer?

I thought the day might never come this summer, but I’m finally at the point of the tomato season where the fruit is ripening faster than I can eat it. And while it’s mostly the always reliable Stupice and Sungold thus far, I’ve also managed to grow some pretty impressive beefsteaks.

Every year I experiment with at least one new variety, and this year I chose Ispolin, a Siberian beefsteak variety, and it didn’t disappoint, especially considering the relatively short summer we’ve had this year. Large, firm fruit, meaty but not mealy. Maybe not the most flavorful tomato I’ve ever had, but a decent balance of sugar and acid, which is especially impressive considering our dearth of heat and sun. I’m definitely trying this variety again. 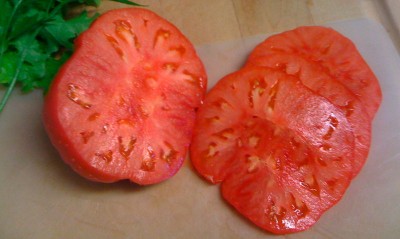 So how’s it going for the rest of you gardeners.