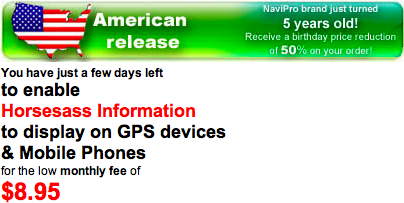 Annoying as they can be, I sometimes find my spam mail amusing, mostly due to their attempts to personalize them, based on my domain name. And, well, this one just made me chuckle.