See, this is the type of Seattle Times editorial that really pisses me off, not so much because I disagree with the opinion expressed (and I sure as hell do), but because I find its rhetoric shallow, insulting and intentionally misleading… the type of piece we’re told we should expect from a lowly blogger, not the editorial board of a major daily newspaper.

The issue is taxes, which the Times once again opposes, but the premise is absolute bullshit, simplistically framing the budget debate as an either/or between budget cuts or tax increases:

FOR the two years beginning July 1, state government forecasts an $8 billion deficit — a sum equal to one-quarter of the money spent in the past two years. The chasm is not a gap the people can be expected to fill.

Of course not, and nobody—I mean absolutely nobody —is suggesting a revenue-only response to this unprecedented budget crisis during an economic downturn of historic proportions.  Yet in their lede, the Times intentionally conflates the notion of using tax increases to fill part of the gap with the paranoid fantasy of using such revenues to fill all of the gap… and that’s just plain dishonest.  Or perhaps, crazy.

If the state asks them — and by law, it would have to — they would say no.

Well, if the Times says voters would say “no,” then I suppose it’s just a waste of money even holding a vote.  After all, these are the top-notch prognosticators who urged the dismantling of Sound Transit after 2007’s Prop 1 went bust, accusing transit proponents of being delusional, and claiming “the ballot measure failed because the light-rail part was too expensive and created a tax that was too high.”

Can’t get much more in touch with voters than that, huh?

And why should they say otherwise? It is their government. They pay for it, most directly in sales taxes. And they have been buying fewer things for themselves. Some have lost their incomes, or expect to. Others have seen their assets shrink. They feel poorer. They feel less secure. And they are.

Damn right it’s our government, and it’s a government that provides services we need and want.  That’s why voters in the most populous regions of the state consistently vote to raise our own taxes, and why even I-912’s proposed gas tax repeal failed by a comfortable margin statewide despite the supposed popular backlash we were all warned about.

And let me just pause here for a moment to comment on the editorial’s headline: “Washington taxpayers can’t bail out state lawmakers.” I mean… what the fuck? That’s just plain disrespectful, and totally nonconstructive.

We wouldn’t be asked to bail out our lawmakers, we’d be asked to keep our government functioning at somewhere near the level we want it.  And if the Times was at all interested in promoting a civil debate rather than just provoking a knee-jerk, anti-government reaction, they wouldn’t so shamelessly vilify lawmakers for a budget crisis that they full well know is largely the result of a worldwide economic collapse unseen since the days of the Great Depression.

They now hear pleas that certain state programs are needed more than ever. Some are. But there is that $8 billion hole. Even when reduced to roughly $5 billion with the timely arrival of federal fill dirt, the gap is still too wide to reasonably be filled with new and higher taxes.

Again… who the hell is suggesting even $5 billion in new taxes, let alone $8 billion?  Give us some examples.

Consider some of the tax proposals introduced in Olympia. Sen. Jim Hargrove, D-Hoquiam, proposes a 0.215-percent tax on primary plastic and plastic containers. Rep. Deb Eddy, D-Kirkland, would extend the sales tax to hair transplants and cosmetic dentistry for people who already had a “normal appearance.” Rep. Ross Hunter, D-Medina, would impose a gross-receipts tax on services delivered over the Internet. Sen. Rodney Tom, D-Medina, would add another dollar a pack to cigarettes. Rep. Maralyn Chase, D-Edmonds, would impose a 6-percent tax on small gasoline-powered equipment such as lawn mowers and leaf blowers.

All these taxes together would fill about 7 percent of a $5 billion gap.

Let’s see, 7 percent of $5 billion comes to about $350 million.  Hardly the stark either/or proposition postulated in the editorial’s lede.  But wait… there’s always that doomsday scenario…

One bill would fill all of it: Senate Bill 5104 by Sen. Rosa Franklin, D-Tacoma. It is a personal-income tax with brackets of 2.2 percent, 3.5 percent and 6 percent, with the break points for a married couple at $50,000 and $120,000. This raises more than enough for the state — and takes it directly from private spending, private saving and private investment, all of which are necessary for economic recovery.

Sen. Franklin proposes her personal income tax bill every year, God bless her, and it rarely even gets a public hearing, let alone a vote in committee.  The Times knows that, and to raise the income tax specter now, in this context, with this sweet old lady cast as the political super-villain poised to achieve what popular Gov. Dan Evans couldn’t accomplish at his peak, is a deliberate and dishonest scare tactic, pure and simple. 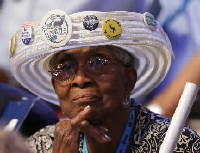 (Furthermore, the Times also knows that Sen. Franklin isn’t even proposing an income tax as a means of filling the budget gap, but rather as part of a broader restructuring package that would also dramatically reduce the state portion of the sales and property taxes.  Whether a restructured tax system that includes an income tax would raise more or less dollars, or remain revenue neutral, is an entirely separate debate from tax restructuring itself.)

There is the problem for Democrats who would send a tax package to voters. If their tax does the job, it will be an economy-killer. If it is a bearable tax, it won’t do the job.

I guess if they say it often enough, that this is an either/or option, they hope their readers will believe it true.  But it’s not.  If the legislature sends a tax package to voters it will be to fill part of the budget gap, not all of it.

The remaining option is cuts. They are painful, but they will have to fill most of that $5 billion gap.

The state must cut, cut, cut.

Actually, there are three options:  budget cuts, tax increases, and deficit spending, and considering the essential services at risk—not to mention that every $1 billion reduction in state spending is estimated to cost about 15,000 jobs—it would be irresponsible for lawmakers not to at least consider all the tools at their disposal.

So my suggestion to lawmakers is don’t allow yourselves to be cowed by the Seattle Times’ irresponsible demagoguery; the real reason they don’t want you to put a tax package on the ballot is that they are afraid it will pass.