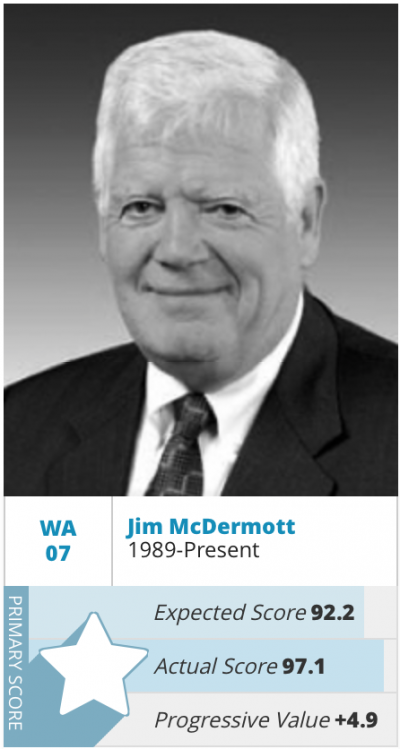 Primary Colors, an organization dedicated to electing more liberal Democrats, has released its list of the 90 “Good Democrats” in the US House—those representatives who consistently vote more progressive than their districts. And of Washington State’s six Democratic House members, only Jim McDermott makes the list.

That’s pretty impressive for McDermott, considering that he already represents Washington’s most progressive district. And that’s pretty pathetic for the rest of the delegation.

Of course, the conventional wisdom is that McDermott isn’t a very effective congressman. But could it be that the conventionally wise just aren’t nearly as progressive as the 7th Congressional District voters who routinely reelect McDermott by overwhelming margins, and so they dismiss (or even resent) what he brings to the table?

And could we do a crappier job as a state of recruiting and supporting progressive candidates?