A man suspected of shooting his 4-year-old Rottweiler and abandoning it to die off a Forest Service road near North Bend has turned himself in.

[…] Intentionally shooting a dog and leaving it to suffer is a Class C felony, which carries a maximum penalty of five years in prison and a $10,000 fine.

Curiously, the Times fails to name the identity of the dog shooter, which just struck me as an odd editorial decision. I mean, what kind of an asshole would shoot a dog? 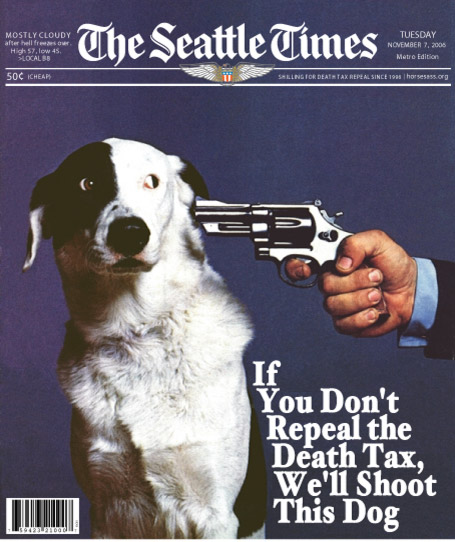