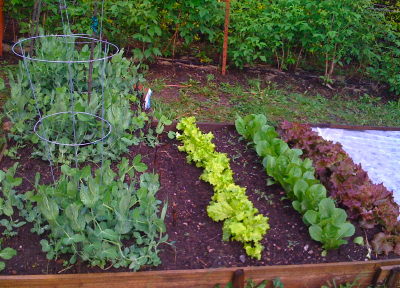 As a gardener, there are a lot of irritating things about Seattle’s weather, but our mild temperatures ain’t one of ’em. We’re already eating fresh lettuce, arugula and radishes out of the garden, and we’ll be enjoying peas, raspberries, herbs and more in another month.  Tomatoes are always a challenge, but that makes them all the more enjoyable.

Anyway, it’s a beautiful Spring day, so shut down your computer and go enjoy it.  And call your mother.